Staff at Royal Perth Hospital will attend a stop work meeting today to call for the government to honour its promise to pass legislation to protect the hospital's future.

Maintaining RPH as a teaching hospital was a key election commitment by the Liberal Party at the 2008 State Election, but five years later, the promise has still not been fulfilled.

Health Minister Kim Hames introduced the Royal Perth Hospital Protection Bill into State Parliament in 2008, but it languished in the Upper House for years before being abandoned. 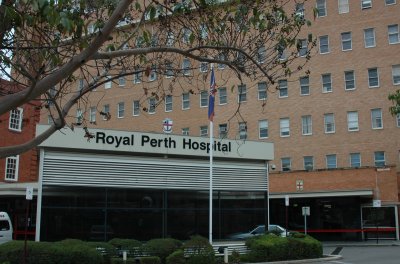 "We are very concerned by the Premier's announcement that now his new government is in place, every piece of legislation before the parliament goes back to square one," he said.

"We need to know what that means for the future of Royal Perth Hospital."

"RPH is vitally important to the inner city northern suburbs of Perth, as well as to the thousands of people who work there."

Mr Hill said by not honouring its promise to pass the bill, the government was adding to the uncertainty of hospital workers about their future.

"Our members are already apprehensive about what is going to happen once the new Fiona Stanley Hospital is opened," he said.

"The uncertain future of RPH is adding to their stress."

Mr Hill said he had written to the Premier, seeking assurances that he was still committed to protecting the future of RPH, but had not received any response.

Mr Hill said the union would ask members to support a motion calling on the government to immediately reintroduce and pass the Royal Perth Hospital Protection Bill.

"Given the government's current apparent lack of a legislative agenda, coupled with the fact it has the numbers in Parliament to pass the bill, there should be no excuse not to," he said.

The union also wants the government to commit in this year's budget to provide the necessary resources to redevelop RPH to become a major 400 bed tertiary hospital.

HSUWA members will hold a stop work meeting today, Monday 13th May at the Victoria Square Entrance of RPH at 12:30pm. Media are invited to attend.