HSUWA Workplace Representatives are very concerned about the effects of a change to the reporting structure for anaesthetic technicians at Royal Perth Hospital (RPH), announced at a recent staff meeting without any consultation.

Reporting lines within WA Health can sometimes seem arbitrary and strange - the result of past decisions that don't seem to make sense in the present.

Anaesthetic technicians at RPH were reporting to an anaesthetist, the Head of the Department of Anaesthesia and Pain Medicine.

This was an effective structure, and one they were all happy with, given the working relationship between anaesthetists and anaesthetic technicians.

With the change, the techs now report to a nurse who'd had no previous direct involvement in their work.

Requests for a timeline for the change to be implemented, a rationale behind the decision, and even the most basic consultation were declined.

However, our Workplace Representatives proactively tackled the issue, demonstrating how effective a highly unionised workplace can be.

HSUWA Workplace Representatives Colin Ferguson and Meagan Guy confirmed that the issue was deeply felt by all of their colleagues, so called a meeting of staff, and invited the HSUWA along.

The issue was discussed, and a strategy formulated. Importantly, the high percentage of union members in the area confirmed they were willing to act to protect their working conditions.

Armed with new information and confident the technicians were unified and willing to show it, the HSUWA placed the matter in formal dispute and called a meeting with the parties involved.

At this, Colin, Meagan, staff from the HSUWA and even one of their anaesthetist colleagues teamed up and put their case to the Head of Department and the nurse in question.

Following that, the Head of Department proposed an alternative arrangement, which maintained reporting lines within the Department of Anaesthesia and Pain Medicine - an outcome the technicians are very pleased about.

So why was the resolution to this issue so swift and productive? Because the anesthetic techs at RPH are organised, they have effective and proactive Workplace Representatives, they have a high percentage of union members, and those members all understand that to get the best results, you have to stick together.

Does this sound like your workplace? If not, consider becoming a Workplace Representative, or contact the HSUWA to discuss ways to build power for yourself and your colleagues. When an unfavourable change comes out of the blue, it pays to be organised. 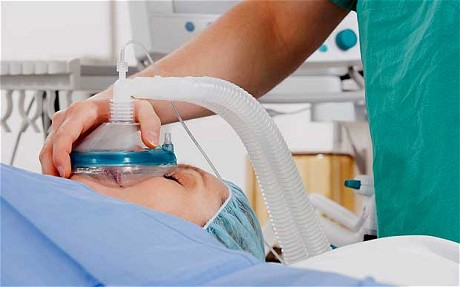