From Albany to Derby and places in between

HSUWA Organiser Vickie McKay has been out visiting country hospitals and health services, including Albany and Great Southern, Kalgoorlie, Geraldton, Broome and Derby.

At Albany Hospital, Vickie delivered a one-day Workrights course, with five of the trainees inspired to become Workplace Reps.

Albany Hospital has had its share of challenges over the past couple of years, with the new hospital building, organisational changes, privatising services, and in some areas, dissatisfaction with management.

Having a solid network of reps is a great way to face up to workplace issues, stand together and win.

In Kalgoorlie, Vickie met members in all departments, and managed to recruit five members for the one-day Workrights course planned for later this year.

In Geraldton, Vickie visited every department, and assisted in the resolution of a bullying allegation for a member.

Members in Broome gave Vickie a warm welcome and informed her that the hot button issue is the large number of fixed-term contracts positions.

We sent a Survey Monkey to everyone in the region asking them about their fixed-term contract battles.

Some of these are related to short-term funding arrangements. It is perverse that remote locations are not able to offer more attractive permanent jobs because of government funding.

Members in Mental Health rightly raised the issue of the Authorised Mental Health Practitioners Allowance awarded to nurses, which the Health Department are refusing to pay to Allied Health professionals doing the same job.

The union will be claiming this allowance in next year's EBA .

On to Derby where bullying seems to be an issue for a fair number of members, Vickie is keen to help.

It was also the lunch time BBQ at Derby, with members from PathWest helping out. Thanks also to the social club for the use of their equipment. 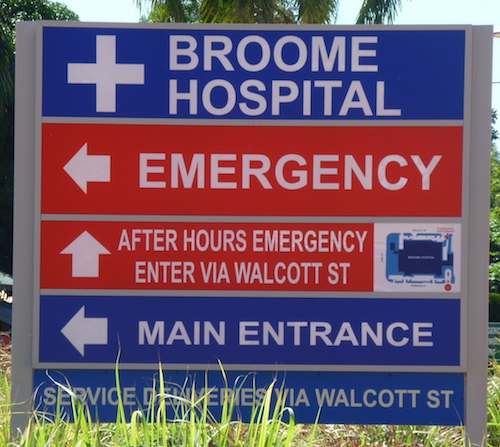