HSUWA Representative of the Year 2017

Beryl was nominated by members at SCGH for the dedicated representation she provides to clerical members at the hospital. Beryl joined the union in 2012 and since taking on the Workplace Rep role in 2015 has put in to practice the skills and knowledge gained from undertaking the union’s workplace rep training.

Beryl consistently provides assistance to members in relation to workplace issues and supports members at meetings with management. Congratulations Beryl!

The Award is in recognition of the contributions made by all of our workplace representatives. It is members who nominate their representatives  in the categories of taking a leading role in an industrial campaign, actively organising their workplace including recruiting new members and assisting members in resolving industrial and workplace problems.

All nominees are presented with a certificate of appreciation and we acknowledge the contributions of all the other nominees in 2017:

(*) – John and Trish also serve as elected members on the HSUWA Committee of Management performing a dual role and are therefore ineligible to receive the Award. 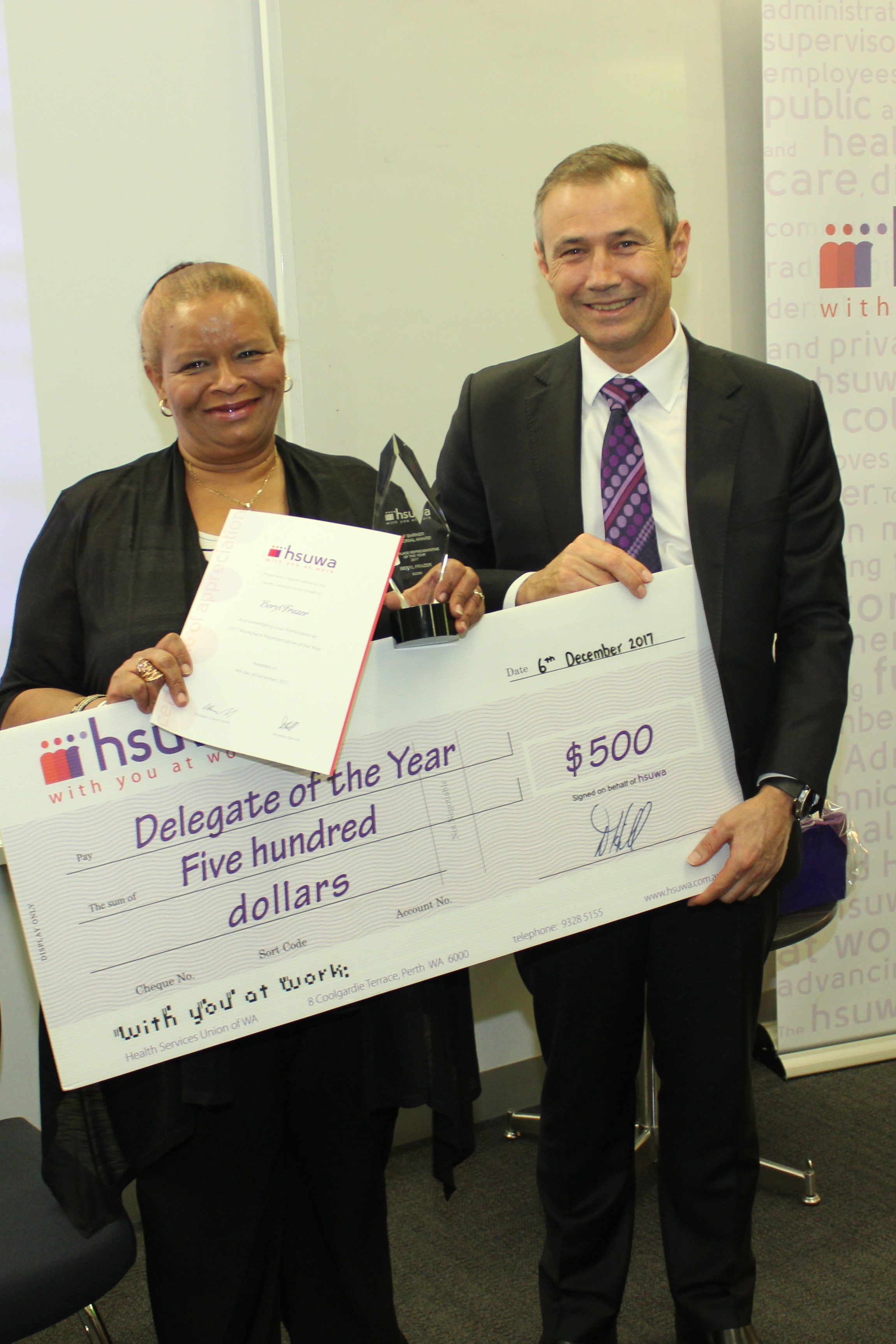