New workplace representative for BreastScreen WA, Darryl Christian, has started her new role with a flurry of activity. 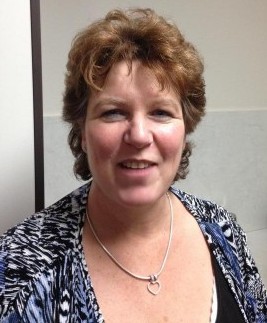 Darryl had her first meeting with HSUWA Organisers Melissa Wagner and Tyrone Lynch in early September, during which she received some initial instruction about her new role. Darryl had to deal with her first workplace issue just a couple of weeks later.

Darryl contacted the Union to work out what rights and obligations HSUWA members at BreastScreen WA had in relation to a directive to "start the truck" which is attached to the BreastScreen mobile clinic. Problems had arisen from the truck being parked for extended periods of time, with the battery simply going flat. BreastScreen employees had been directed to climb into the cab and start the truck once a week, however, as none of these workers had a truck license, nor much experience operating heavy machinery, they were reluctant to follow directions. Further, as staff rotate their workplaces, not even the same people might be called upon to fulfil this function.

Due to her previous role as a BreastScreen Workplace Health & Safety (WH&S) Rep, Darryl was concerned that there could be a problem with untrained staff doing something they weren't confident doing.

Darryl contacted the Union, and with the HSUWA's help confirmed that (i) Any such activity required the employer to conduct a Risk Assessment of the task and produce a Safe Work Method Statement (SWMS), but also (ii) Consultation with the Department of Transport confirmed that to climb into the driver's seat and start the truck, or even directing someone to do it, was an offence.

Armed with this information, Darryl communicated with BreastScreen management and ensured that the direction to affected staff to start the truck was rescinded.

A few weeks after this situation was resolved, Darryl attended the HSUWA's two day Workplace Representative's training course and now feels even more confident that she can deal with issues that arise in her workplace.