UnionsWA Secretary, Meredith Hammat, has written an opinion piece critiquing the WA Government's proposed legislative changes, new wages policy and job cuts that will impact on HSUWA public sector members. Government cuts are already starting to bite hard in Health, with hundreds of jobs to go at SCGH and much the same expected across the system.

With the current HSUWA Agreement expiring on 30 June 2014, bargaining is set to commence in January for a replacement Agreement. The government's wages policy seeks to limit increases to no more than forecast inflation rates - 2.5% per year for the next three years. The proposed changes to the Industrial Relations Act will limit the Union's capacity to obtain higher increase even if they can be justified on productivity grounds. 2014 is likely to test HSUWA members' resolve in achieving a wage outcome in line with that agreed to by the State Government for Doctors and Nurses.

The following article was first published in the West Australian on 13th November 2013:

Lack of fair play as pressure grows on public service

Imagine playing a sport where the other side can change the rules to send your players off the field, fix the score and stop appeals to the umpire (whom they appoint). This is what the Barnett Government is doing with its Workforce Reform Bill 2013 - the name itself a cruel play on words. Welcome to the serious game of workplace relations for WA's public sector.

WA's population is rising 73,000 a year, almost 1,500 a week. That's people and families who need education, health and community safety services as well as transport infrastructure. Yet the Barnett Government has decided to cut the public sector by more than a thousand staff.

Ordinarily requiring a workforce to do more with less would be a strong case for improved productivity, and therefore improved wages. That is why the Bill now before the WA Parliament stipulates that public sector pay rises are to be capped at the rate of inflation. This prevents our industrial umpire from using evidence and reasoning to determine wages. The best wage outcome will be limited to around 2.5%.

In reality this is a pay freeze, but not for everyone. We've seen public health doctors enjoy much greater increases and politicians themselves are not covered by this Act. Some will continue to enjoy wage increases that reflect the high cost of living in WA. But not around 130,000 working people in the public sector.

The Bill also provides for forced redundancies from the public sector without a right of appeal. This removes what has historically been one of the trade-offs for lower wages than the private sector - somewhat more secure employment.

Silenced by the Act, our public sector workforce can only be heard through their unions. The current round of cuts will damage more than morale. Fewer staff to undertake more work, a freeze in real pay and forced redundancies will all impinge on the standards of much needed public services.

Next year the Education Department predicts that the Balcatta Senior High School student population will grow by 5.6%, yet teacher numbers will be frozen.

In addition there will be cuts to Education Assistants under special support programs for disadvantaged students and a central levy on long service leave that together will result in a funding cut of $77,000.

Public services are our community's great equaliser. Provided universally, freely and according to need, services such as public schools create opportunity for those who are disadvantaged, either by birth or circumstance. Our health and hospitals, community safety, public transportation and road services perform similar purposes. 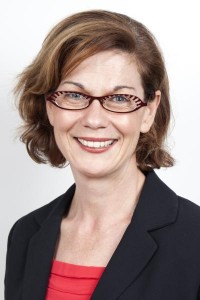 This article was first published in The West Australian on 13 November, 2013.