It’s time again to reflect back and to look forward.  2016 has certainly been a tumultuous year on the national and world stage with the new Health Services Act in the public system driving the formation of Board managed area health services, a double dissolution election here, Brexit in the UK and the election in the US.  Not to mention the deaths of Leonard Cohen, Prince, Victoria Wood, Ronnie Corbett, Alan Rickman, David Bowie, Muhammad Ali, Andrew Sachs, Florence Henderson, Gene Wilder and more.  Our union happily, has not been in tumult, not even nationally.

It’s been a year of steady steady with a lot of work focussed on negotiations for the various private and public sector agreements that deliver for members.  Gains made are modest and reflect the state of the economy.  The public sector agreement that delivered 1.5% each year for 2 years is in line with that accepted by other health sector unions including the AMA and the ANMF.

The public sector has been hit hard by voluntary severances leaving fewer people to pick up the work.  In the private sector, there have been several mergers and takeovers that have resulted in increased levels of insecurity and job losses.

The stories generally are of job insecurity, increased workloads and pressures, increasing levels of unpaid overtime and reorganisations that impact on all the above.  There are constant drives to improve productivity with measures against other states and sectors.  Focus is needed on the point at which greater productivity crosses a boundary to poorer, unsafe clinical care.  We hear that privatisation is a productivity panacea but those doing the work are justified in having suspicions that the productivity may come at the expense of those providing the care and not from more sensible ways of structuring the work.

We have a membership with fewer in younger age groups and higher levels of density in the public sector.  The challenge we face is how to increase membership levels with younger workers, part-time workers, contract workers and workers in the private sector.

Membership numbers matter – they provide capacity to bargain with greater clout, they support a workforce that feels empowered to speak truth to power and to claim the ground as a partner in the system – they fund enough staff to work with the membership so that we may support each other, and enough to support us in industrial relations disputes – they enable the Union to be health policy advocates on workforce and health system issues.  As we heard in the HSU National Conference in November – we cannot get stronger and smaller at the same time.

Numbers matter even more now as the regulatory burden imposed on unions has just ramped up with the passing of the Fair Work (Registered Organisations) Bill.  The PR would have it that this Bill addresses problems but from the other side of the fence, the law and the position of Registered Organisations Commissioner looks more like they were put in place to crush unions.  There are extensive record keeping and reporting requirements and significant civil and financial penalties in place for breaches.  The legislation is retrospective to July 2014.

Organised labour is going to need to be very organised to tap dance through the rocky shoals, avoid the land mines and come out with the capacity to keep the focus on members.

Locally your Committee of Management and staff will do some naval gazing to determine priorities.  Nationally the HSU and the ACTU are gearing up to look at better ways to organise, recruit, engage and manage in the environment we now face.  We have a focus on issues such as ensuring that women (who make up a large portion of the health workforce) are equitably represented on executive committees.  There were interesting presentations at the HSU National Conference last month on threats to industry superannuation funds under the guise of improving choice – that is by removing union officials from the boards of superannuation funds and opening it up for banks to influence employers to choose retail funds as the default option for their employees despite the fact that industry funds return more to members.  We heard that in 20 years time there will be more assets held in superannuation funds than in banks so the funds are quite the honey pot.  Superannuation payments are deferred wages and our members funds need to be protected.

So the future, as always, will have challenges but we will always do better by facing it as a collective of members.  It is in all our interests that we continue to grow to balance up that employment relationship and protect our interests at work.

For the present, thank you to all members for sticking together and to all the staff in HSU for working for us – we have much to be thankful for in being in a Union that places members front and centre.  Thanks also to my fellow Committee of Management members for your scrutiny, commitment, and service. I hope your enjoy the Christmas New Year time and that your work life in 2017 is happy and stimulating (but not over stimulating)! 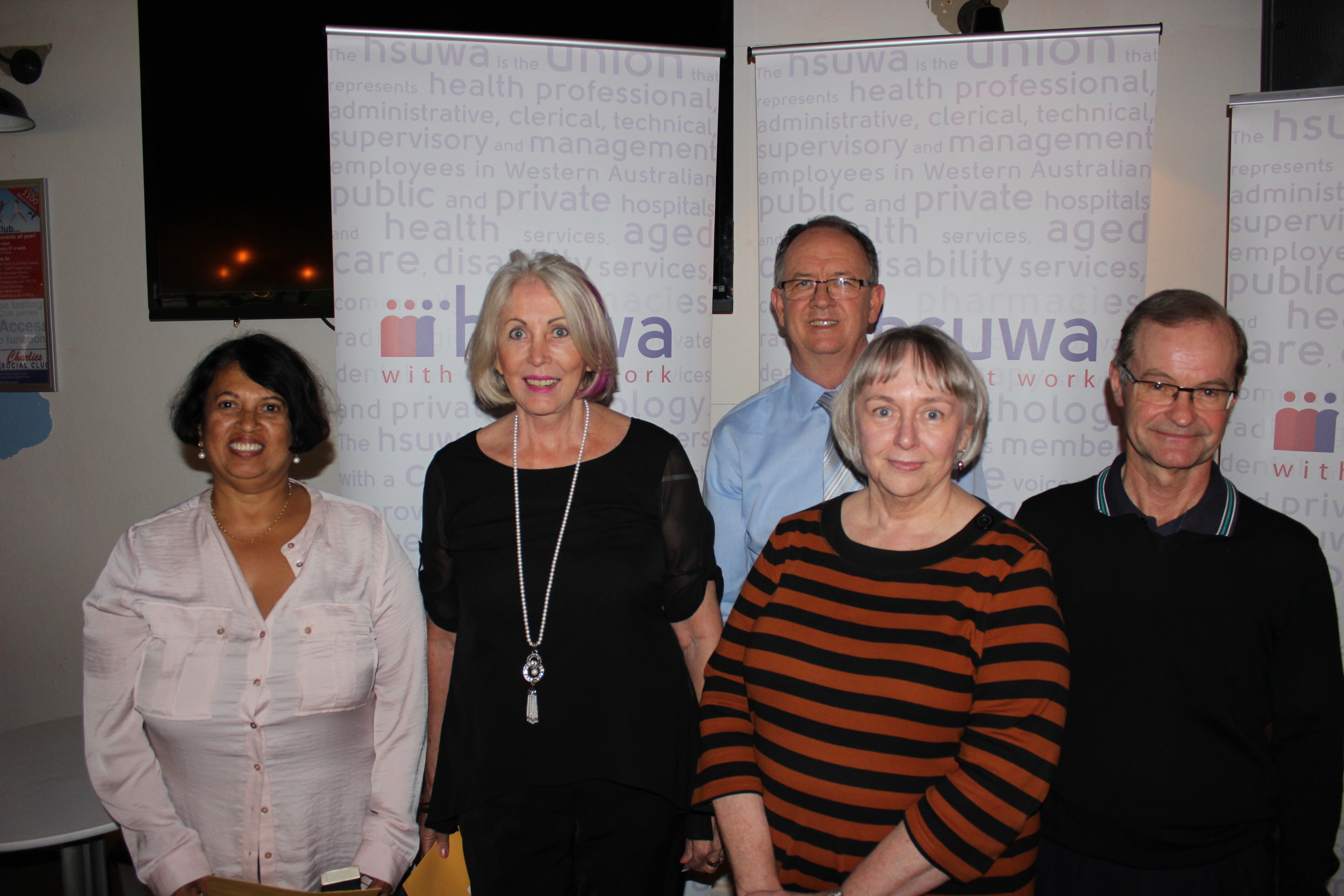