We live in interesting times. The US National Library of Medicine has added 471 new indexing terms for 2018 – some of them make interesting reading – in the way the Oxford Dictionary’s ‘word of the year’ can illuminate social changes.

Along with the usual medical terms you’d expect like ‘Bronchial Thermoplasty’ and ‘Charles Bonnet Syndrome’ there are several that seem to point to some aspects of our time. ‘Fascism’, ‘Incivility’, ‘Neuroticism’, ‘Occupational Stress’, ‘Political Activism’, ‘Refugee Camps’ and ‘Work Engagement’.

For the record, Oxford’s word for 2016 was ‘Post-truth’ and the Australian National Dictionary Centre's 2017 word is 'Kwaussie'.  I’m waiting for ‘Trumpism’ and ‘Precarity’ to make an appearance.

It’s been a year of continued and concentrated attacks on unions which is odd given the David and Goliath nature of the contest. Unions continue to be institutions that people acknowledge play a useful role in protecting rights at work, but oddly do not always feel any personal imperative to join. We need to grow to stay effective. We need to take back the moral high ground and make it clear that over-regulation with unfair and noxious laws (even where they come with weasel words in the title like ‘Ensuring Integrity’) are designed not to bring balance to the industrial scene but to remove unions and all the protections that come with them.

The Fair Work Commission and the Registered Organisations Commission have draconian powers, are politically partisan and compromised. The AFP raids on the AWU are a clear demonstration of this – media tip-offs from the office of the Employment Minister, demanding documents that had already been supplied, claiming the AWU had not fulfilled all ‘notices to produce’ (and then admitting the ROC Commissioner had confused the AWU with another registered organisation), focussing on a matter over 10 years old (so old that the AWU would have been justified in having discarded any paperwork in line with records disposal schedules and legal requirements), and done with intent to smear unions generally and the leader of the opposition in particular, in the absence of any evidence of improper behaviour.

The latest puzzle is the banking Royal Commission which instead of focussing on the most egregious issues of the bad and at time corrupt behaviour of banks, has morphed into taking aim at the operations of industry super funds. Let’s be clear – there’s no problem to be solved here. Union members who sit on super boards return their directors fees to their unions and work very effectively on the Boards to protect and grow the superannuation investments of their members. The funds consistently out-perform retail funds.

The ACTU campaign called Change the Rules is all about rebalancing and reclaiming union influence in the workplace – the balance that is needed in the industrial system. This is one we all need to take an active interest in if we want to see a sustainable, just and fair society. This is a fight we have to be in.

Australia is a nation with an ethos of fairness and compassion – I believe the Change the Rules campaign will resonate – I urge you to discuss issues around fairness, equity and industrial justice in your workplace and with friends. We have to protect what we and those who went before us campaigned for and built.

Your representatives on the Committee of Management continue to provide good governance.  I’d like to thank the Committee for their scrutiny of the Union’s operations in the interests of our fellow members.

The staff we employ continue to preserve, protect and promote your rights at work. On your behalf, I thank all of them for their dedication and commitment to our cause.

As always may your year ahead be sustainably healthy, joyful and free from occupational stress and incivility. 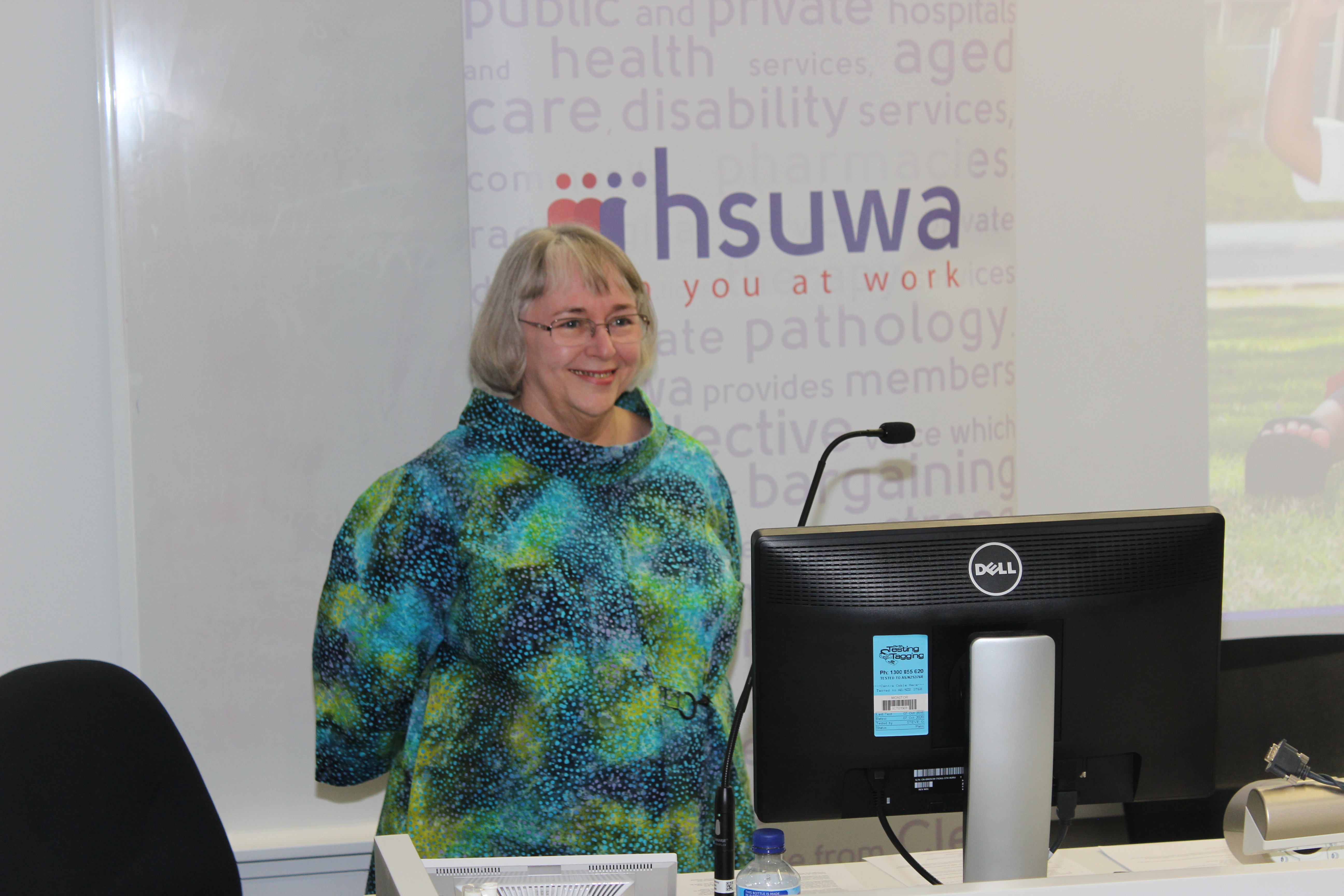