The Health Department's sudden change to its management of fixed-term employees was predicted to cause chaos and it certainly did.

Last week the HSUWA received some stunning news.  Many of our members were being instructed to work and yet not being paid.  One of our Representatives at Sir Charles Gairdner Hospital, Ben Bull, made first contact on the issue.  Ben told us the story of fixed-term contractors being called to a meeting and told that, as extensions to their recently expired agreements had not been put in place, they could not be paid.  They were reportedly told that they may be paid 'eventually' but it was subject to extensions being approved.

Ben didn't believe it was right and it certainly was not.  Being paid for the work you do is your most fundamental right at work.

It seems that the Health Department's new Operational Directive requiring additional levels of approval for contract extensions had been implemented without notice, allowing insufficient time to put arrangements in place for those who were working under agreements due to expire.  It was entirely foreseeable that this was a possibility and that it would be more likely to impact those least able to afford to go without pay.

The HSUWA responded quickly, visiting the hospitals affected, gathering information and raising the matter with the Health Industrial Relations Service.  Steven Cindric, also a Representative at SCGH, took the initiative to speak with numerous other Departments about the issue including Occupational Therapy, Pharmacy and Dietetics.  Steven took it upon himself to talk to the other Departments, as some of them did not have Union Reps and weren't sure where to go for advice. 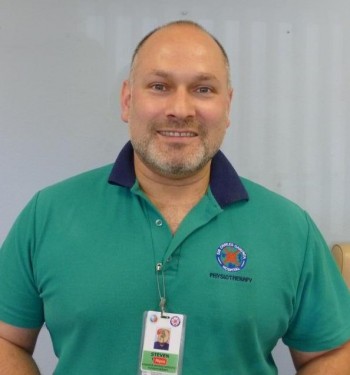 Representatives across the metro area were able to benefit from the actions that Ben and Steven took.  HSUWA got emails out quickly to those Areas we believed might be impacted and followed-up with a Newsflash calling on members to come forward if they needed support.  The matter was raised by the HSUWA's Senior Industrial Officer with the WA Health Department, which investigated and then agreed to pay the employees.

Good information, received quickly at the HSUWA, gets results.  Ben, Steven and numerous other Representatives responded quickly and in a coordinated way and it got the best possible result for people struggling to get by without their pay.  We'd like to thank all of you for the effort and professionalism you demonstrate every day, but in particular, for acting so quickly when issues like this one arise.

The HSUWA is very concerned about insecure work arrangements and their prevalence.   While this problem has been addressed in this area, we are aware that the issue is more widespread.  If you are not being paid because of delays in approving contracts please contact the union office at union@hsuwa.com.au. Look out for more news on work underway to tackle this issue in the New Year.