Staff at Royal Perth Hospital attended a stop work meeting back in May to call for the government to honour its promise to pass legislation to protect the hospital's future.

Maintaining RPH as a teaching hospital was a key election commitment by the Liberal Party at the 2008 State Election. 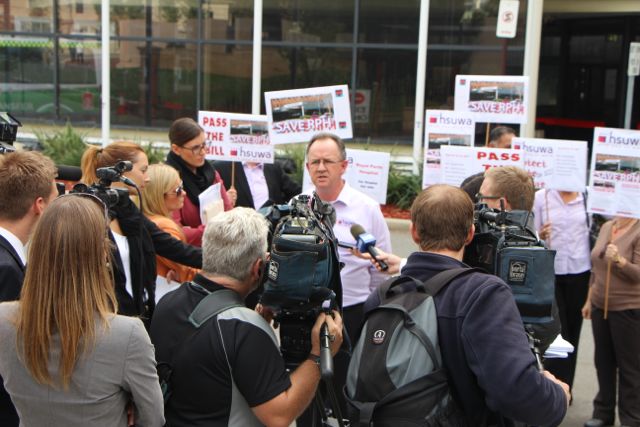 Health Minister Kim Hames introduced the Royal Perth Hospital Protection Bill into State Parliament in 2008, but it languished in the Upper House for years before being abandoned.

Following the HSUWA organised action and the resulting media attention on the issue, the Opposition took up the fight in Parliament.

Again, thank you to those members who attended the May meeting, you have made a real difference.